In the Rigveda, the first book of the world, mention is made about compound verbs at many places. Authentic depiction of yoga practice circa 3000 BC. Indus Valley is found in the pieces and sculptures of the time of civilization. The authentic Yogasutra of Yoga, 200 BC It is the first well-organized treatise on Yoga. Yoga has been classified differently in Hindu, Jain and Buddhism. The Vedas and Upanishads have been the root of all this. 1500 BC to the Rigveda. From 1000 BC Is thought to have been written between. Earlier Vedas were memorized and preserved on the basis of memory for thousands of years. For the first time 200 BC Patanjali correctly classified the yogic knowledge scattered inthe Veda. After Patanjali, the practice of yoga increased and compound institutions, peeths and ashrams started being built, where only Raja Yoga was taught. Here is a brief information about five such mentors of yoga, which have led to the birth of thousands of yogis.

Some people consider Gautama Buddha to be an incarnation of Vishnu and some consider it to be an incarnation of Lord Shiva. His childhood name was Siddharth. Siddhartha not only studied the Vedas and Upanishads with mentor  Vishwamitra, but also studied politics and warfare. In wrestling, horse racing, arrow-command, chariots, no one could match him. After leaving the home, he had studied yoga, meditation and penance from many sages like Alara, Kalam, Uddaka Ramputta, etc. After this, he made a new path for himself and started searching for the truth. When he attained enlightenment, he created a different philosophy and religion of his own. He taught the eightfold path on the basis of yoga itself. Buddha gave his teachings in Pali language, which are compiled in Tripitaka.

Rishi Vashistha has also become a lot, but we are talking about his one who was one of the Saptarishis and Manasputra of Brahma. Vashistha's wife was Arundhati. In the Rigveda, Vashistha Rishi is described as the son of Mitravarun and Urvashi. He had a Kamadhenu cow and his calf Nandini. Valmiki wrote a treatise in his name which is called 'Yoga Vasistha'. It is one of the longest Sanskrit texts after the Mahabharata and an important treatise in Yoga. It contains about 32,000 verses It has about 32,000 verses and many short stories and stories have been added to explain the subject.

Bhagavan Sri Krishna is called Yogeshwar. He was the greatest teacher through yoga. Lord Krishna has discussed yoga in the Gita. Yogeshwar Bhagwan Shri Krishna received the education and initiation of Veda and Yoga by staying in the ashram of Maharishi Sandipani located in Ujjain. He was an expert in yoga and whatever attainments accomplished by yoga were automatically attainable to him. There is a world beyond the siddhis, he discusses that world in the Gita. The Gita believes that miracles are not religion. Religion is to become situated. 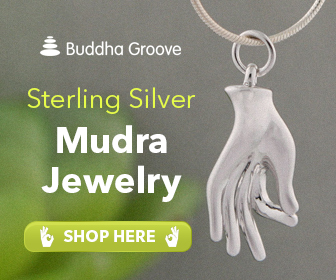 If there is any Mahayogi after Lord Krishna, then it is Mahavir Swami. He propagated Pancha Mahavrata by expanding the Yama, Niyam etc. of yoga. He gave a new look to the knowledge of yoga. Vardhaman Mahavira performed silent penance for twelve and a half years and suffered various kinds of hardships. In the end, he received 'Keval Gyan' The other part of yoga is a part of the rule of tenacity. Mahavir Swami was the last Tirthankara of an earlier tradition. There have been many great yogis before him, the first of whom Rishabhanath is called Adinath. Maharishi Patanjali was the first such yogi who categorized yoga and explained it in a very brief way. He has written several books on yoga in which 'Yoga Sutra' is the most prevalent. Patanjali, the creator of the Yogasutra, was in discussion in Kashi in the second century BC. He was born in Gonardya (Gonia) but says that he settled in Nagkup in Kashi. It is also believed that he was a disciple of the grammarian Panini. There are 3 major texts written by Patanjali in Indian philosophy literature-Yogasutra, commentary on Ashtadhyayi and treatise on Ayurveda.

Shankaracharya tried his best to organize Hinduism. He gathered all the castes of the Hindus to form the 'Dainami Sampraday' and revived the ancient tradition of Sage cast and formed the four Peetham of four Dham on which the tradition of four Shankaracharyas started. Shankaracharya was born to a Namboodri Brahmin at a place called Kalri in Malabar region of Kerala. At the age of just 32, he attained nirvana and went to Brahmlok. His monks practice all yoga and all Adi Yoga gurus are followers of Lord Shankar.

As a reaction to the Siddhas' Bhog-Pradhan Yoga-Sadhana, the hathayoga cultivation of the Nathpanthis began in the past. Those who run this cult are considered Matsyendranath (Machindarnath) and Gorakhnath (Gorakshnath). The seekers of this cult are called Yogis, Avadhoots, Siddhas, Oughdars. It is also said that Siddhamat and Nathmat are the same. Gorakhnath has given more importance to Kriya-Yoga-Tapa, Swadhyaya and lord Pranidhan in his compositions and practice. It was through him that he preached hatha yoga. Gorakhnath used to do new experiments with body and mind. According to popular opinion, he also invented many difficult (cross-skewed) rugs. People used to be surprised to see their unique rugs. Later many proverbs came into vogueWhenever someone acts upside-down, it is said that 'what is this hoax. Among the Siddha yogis who carry forward the tradition of Hatha Yoga of Gorakhnath are: Chauranginath, Gopinath, Chunkaranath, Bhartrihari, Jalandharipav etc.